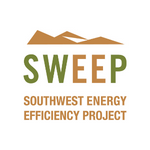 Five years ago, I traded in my 2001 Toyota Prius for a used Chevy Spark electric car. I was excited to never again stop at the gas station.

Since then, I’ve found driving an electric vehicle is easy and cheap. I didn’t have to do any electrical upgrades to charge at home – the car actually plugs into a regular 120-volt outlet. I don’t drive much, so my electricity bill only went up about $6 per month. Driving an EV was the right choice for clean air and my pocketbook.

Electric vehicles can help all New Mexicans get where they need to go without paying a lot for gasoline or diesel fuel. EVs use much less energy compared to gasoline-fueled vehicles and can be powered by locally-produced renewable electricity at stable and predictable prices rather than imported oil. Charging at home is roughly the same as fueling up on dollar-a-gallon gasoline.

Maintenance costs are much less, too. EVs do not need oil changes. They do not have transmissions that can break. Those savings really add up: Non-profit Consumer Reports has found EVs typically cost between $6,000 and $10,000 less to own and operate than comparable combustion vehicles over their lifetime. And the savings potential will only grow as manufacturing volume increases and battery costs decline.

Electric vehicles can also help clean up our air and protect our climate. Vehicle tailpipes are the second-highest source of climate-changing carbon pollution in the state, causing drought, fires and extreme heat. Tailpipe pollutants are linked to poor health, including decreases in lung function, inflammation of airways, aggravated asthma, increased risk of cancer, damage to the immune system, and neurological, reproductive, developmental and other health problems. Residents of low-income neighborhoods and communities of color – often located near high-traffic corridors and industrial facilities – are disproportionately impacted by health ailments linked to vehicle emissions. Meanwhile, electric vehicles have no tailpipes and produce no direct emissions.

The only problem? It’s not that easy to buy an electric car in New Mexico right now. There are currently about 20 different models of electric vehicles available for purchase in the United States, with dozens more coming. However, most of those cars are going to other states.

That’s why it is so important Gov. Michelle Lujan Grisham has proposed to make New Mexico a clean-cars state. On May 4, the New Mexico Environmental Improvement Board and the Albuquerque-Bernalillo County Air Quality Control Board will consider adopting new clean-car standards, which would require auto manufacturers to build more all-electric passenger vehicles and deliver them to New Mexico. That will make it easier for New Mexicans who want an electric vehicle to get one. Over time, it will also increase the availability of affordable used EVs, helping more New Mexicans access the benefits of electric transportation.

You can help. Join the New Mexico Clean Cars Clean Air Coalition and add your voice in support of new vehicle emission standards at NMCleanCarsCleanAir.com. Together we can cut pollution, improve our health, preserve our climate and save money. Let’s charge ahead!

Published in the Albuquerque Journal.